RE/MAX Partners and its agents were recently honored with several awards for the 2018 sales year at the RE/MAX Mississippi Awards Luncheon held in Jackson, MS at the Westin Hotel and Conference Center.

RE/MAX Partners received the Top Multi-Office firm by Transactions, with 395 transactions and

Top Multi-Office Firm by Sales Volume, with $56,923,977 in sales volume.  Among ALL Mississippi RE/MAX offices in the state, RE/MAX Partners is ranked #4, behind the Hattiesburg, Oxford and Jackson Metro area markets.

The office was recognized as #3 in the state of Mississippi for Average Number of Transactions per Agent, with an average of 28.8 transactions per agent for 2018.

RE/MAX Partners’ agents and teams were among the Top Ten in the state:

Colin Krieger was ranked 7th among Individuals in sales volume

Rebecca Swain was ranked 9th among Individuals in sales volume

RE/MAX Partners had winners of the state’s highest awards, awarded to a single individual each year:

Those inducted in the 100% Club, for agents earning over $100,000-$250,000 in gross closed commissions in a year, were Stephanie Arnett, Mike Davis, Colin Krieger, and Rebecca Swain.

In addition, Colin Krieger and Felishia Ferguson were chosen by their peers to receive the Cooperative Spirit Award, for epitomizing the ideal esprit de corps within the office. 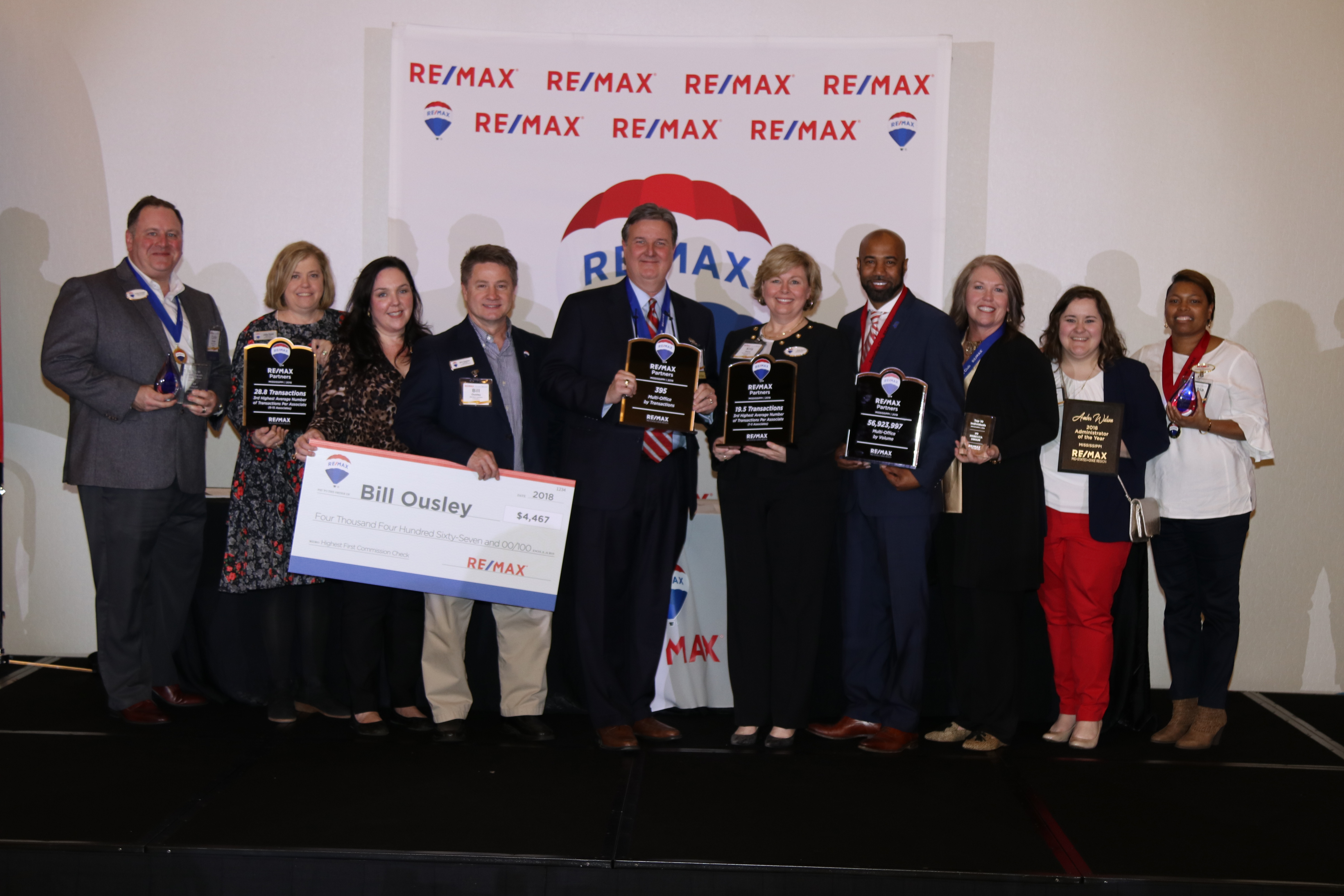 About the RE/MAX Network:

RE/MAX was founded in 1973 by Dave and Gail Liniger, real estate industry visionaries who still lead the Denver-based global franchisor today. RE/MAX is recognized as one of the leading real estate franchise companies with the most productive sales force in the industry and a global reach of more than 85 countries.

With a passion for the communities in which its agents live and work, RE/MAX is proud to have raised more than $120 million for Children’s Miracle Network Hospitals, Susan G. Komen for the Cure® and other charities. Nobody in the world sells more real estate than RE/MAX. Please visit www.remax.com or www.joinremax.com.